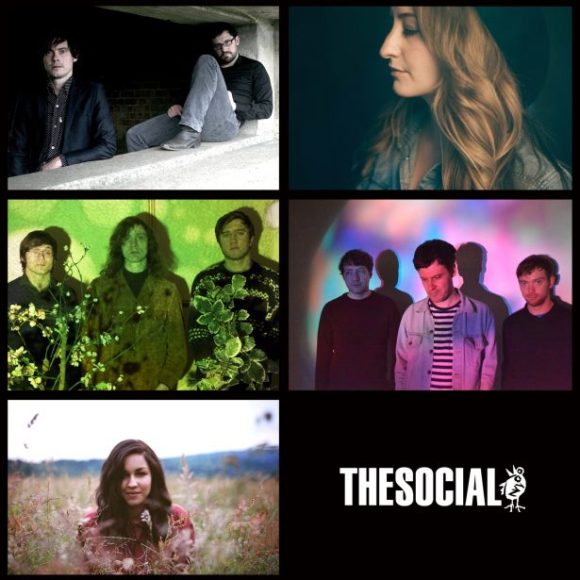 2016 is the 10th anniversary of Huw Stephens presenting shows at The Social. Each and every month Huw has chosen the best new bands acts around to squeeze on to the Social stage. We’ll be celebrating this decade of brilliant shows properly later this year with some special event. . but in the meantime Huw and The Social present three more ace new bands. As ever it’s free entry and kicks off early.

Very honoured to be hosting one of the first ever London shows from Third Man recording artist Margo Price. Her debut album ‘Midwest Farmer’s Daughter’ is totally brilliant and she has a live show to match. Super-excited about this one.

Sea Pinks began in 2010 initially as the solo project of then Girls Names drummer Neil Brogan. The home recorded debut cassette “Youth Is Wasted” (feat. Japanese Knotweed) was released (on Brogan’s label CF Records) in September of that year. Neil began playing shows around this time as Sea Pinks with Girls Names cohorts Claire Miskimmin on stand up drums and Cathal Cully on bass. Much confusion followed as people failed to get their heads around the same three people playing in two different bands.

Having left Girls Names in 2013 Neil set to work on the first Sea Pinks studio album with the now three piece line up of Steven, Davey and himself. The subsequent fourth album “Dreaming Tracks” (feat. Dream Happening, Magpies Eyes) was released in September 2014.

‘Soft Days’ the band’s second studio album (and fifth in total) featuring the now established line up of Neil, Davey and Steven, was released in January 2016 and the band are over for a string of UK dates in May, including The Social!

Friday 27th May – THE DREAMING SPIRES

The Dreaming Spires bring their own cosmic mix of slow country burners and intriguing jangling guitars.

Rated by BBC Radio Ulster’s, Ralph McLean as “one of the finest bands in Britain today,” singing brothers, Robin and Joe Bennett – joined live by Tom Collison (keyboards) and F Scott Kenny (drums) – have built quite a reputation and following in recent times.

Current release ‘Searching for the Supertruth’ emphasises how the duo effortlessly straddle a line between the influence of roots music, classic 60s pop and their youthful love of indie rock from both sides of the Atlantic. Their fondness for the distinctive harmonies in the tradition of The Everly Brothers and The Byrds is never far from the surface, either.

“…a fine collection of songs that may well prove to be one of the best British albums of the year.” 8/10 – Americana UK