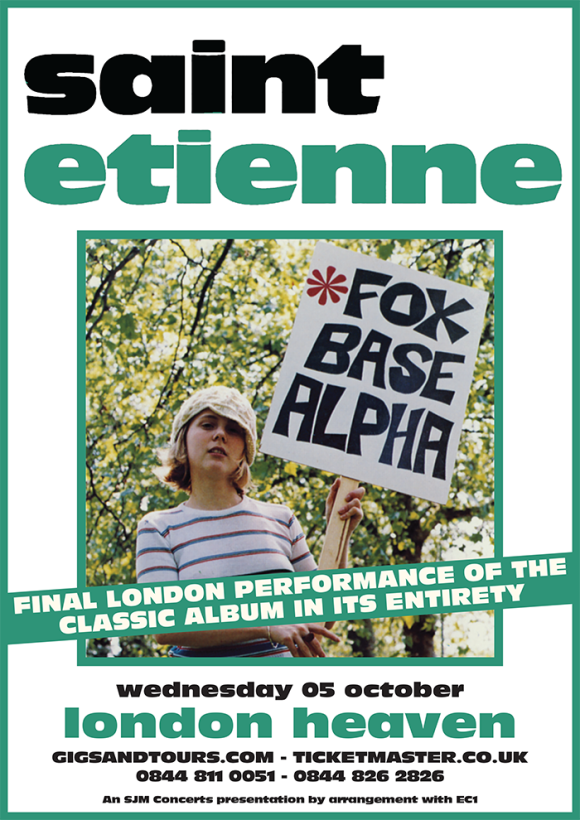 Saint Etienne have announced that they will be performing their timeless classic debut LP Foxbase Alpha (HVNLP1) in London for the last time on Wednesday the 5th of October at Heaven.

The concert will mark the 25th anniversary of the album’s release and will see the album played in full alongside some of the band’s other hits.

If you haven’t seen the album live before, this is your last chance, and is not to be missed.

Tickets for this very special event go on sale on Friday at 9am. Be quick!

They’ll also be headlining our stage at OnBlackheath festival this year, alongside Edwyn Collins, Night Beats, Amber Arcades and The Parrots.