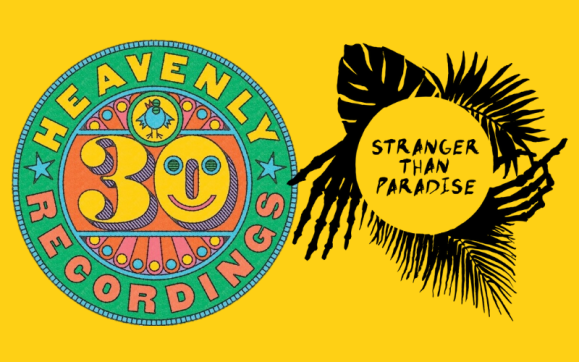 Next Friday, February 28th, the Heavenly crew will be DJing at one of our favourite record shops, Stranger Than Paradise in Hackney, London.

Jeff, Danny, Daisy and Diva will be spinning tunes from behind the counter, with the music being played out into the whole of Mare Street Market where the shop is situated too.

The event takes place as part of Heavenly’s 30 year anniversary celebrations, so expect to hear music from throughout the Heavenly catalogue alongside the regular mish-mash of music from our ever growing record collections.

If that wasn’t enough reason to throw a party, The Orielles new album Disco Volador comes out that day too! No doubt we’ll be hearing some tracks from that, fresh from the pressing plant.

We’ll also be raising a glass and paying our respects to the late Andrew Weatherall, who was a massive part of the label’s 30 year history and a big supporter of Stranger Than Paradise.

It’s free entry, with things kicking off from 7pm. Mare Street Market has a fully licensed bar and is open till late so it will surely be a night to remember 🍾

You can pre-order The Orielles’ Disco Volador on limited coloured vinyl from Stranger Than Paradise here. Choose the “click and collect” option at checkout and you can pick up your copy from the shop at the end of the night to take home with you.