Flowered Up were one of the very first bands signed to Heavenly, with their debut single ‘It’s On’ claiming the catalogue number HVN3 in 1990, and the cult classic ‘Weekender’ being released 2 years later.

Flowered Up: A Weekender’s Tale is an attempt to champion this much loved band of their generation through never before seen pictures and words from those that were in and amongst the band, including Suggs (Madness), Steve Cradock (Ocean Colour Scene), Peter Hooton (The Farm), Paolo Hewitt (Ex NME journalist) and Clive Langer (Producer of Weekender).

The initial run of 200 books sold out, and now the authors have announced a second print run due this May. Like the first lot, these likely won’t hang around long. 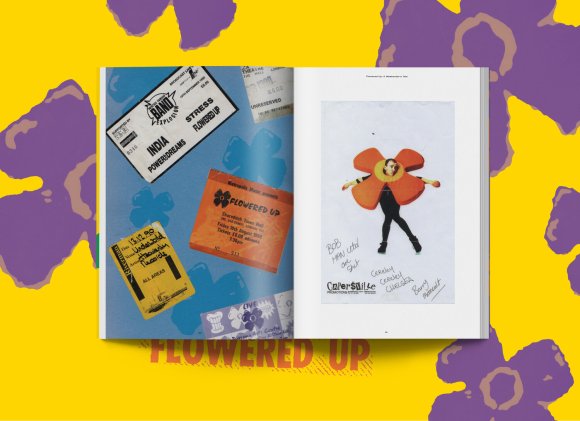