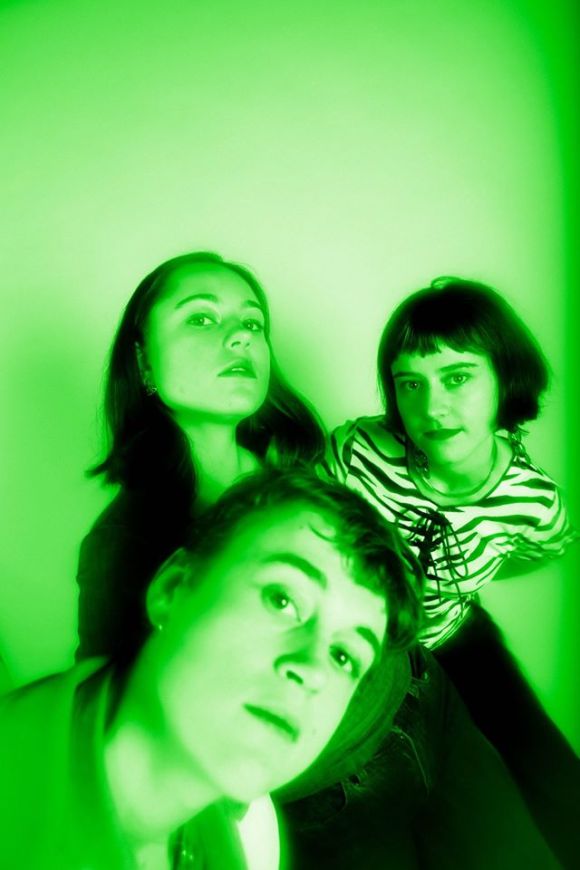 Today’s Magic Hour hosts are The Orielles! Check out their individual music and film recommendations below… 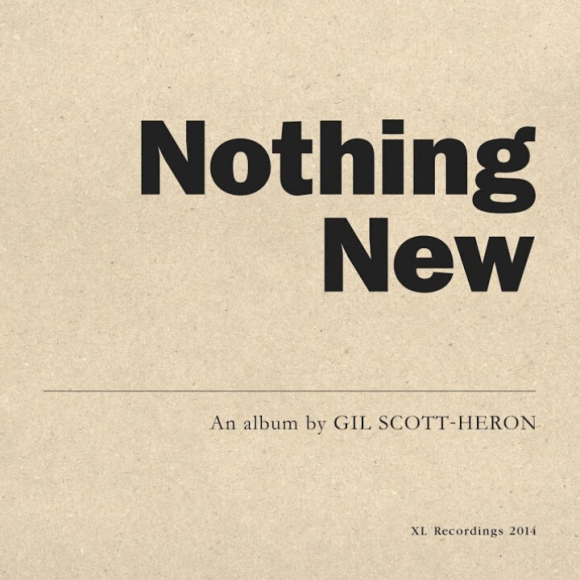 This is one of my favourite records and it’s been bringing me so much comfort during this tense and uncertain time. The record makes me feel at peace, but also the lyrics are so poignant that it can also bring me to tears and make me full with emotion. I am teaching myself keyboard at the moment and so getting deep into Gils way of writing chord progressions and his signature changes has been really helpful and inspiring. I’ve definitely been writing a lot in a similar ilk to this record, stuff that at the moment is just piano and vocals and is so raw. What I also love about his songwriting is the way in which he experiments with metre and phrasing of his poetry in unconventional ways. I’ve also revisited some documentaries about Gil recently, reminding me again why I love and treasure this musician so deeply.

Every track on the record is so beautiful but really recommend ‘Your Daddy Loves You’ or ‘Pieces of a Man’ as an introduction into the pure brilliance and soulful quality of Gil’s playing, singing and poetry! 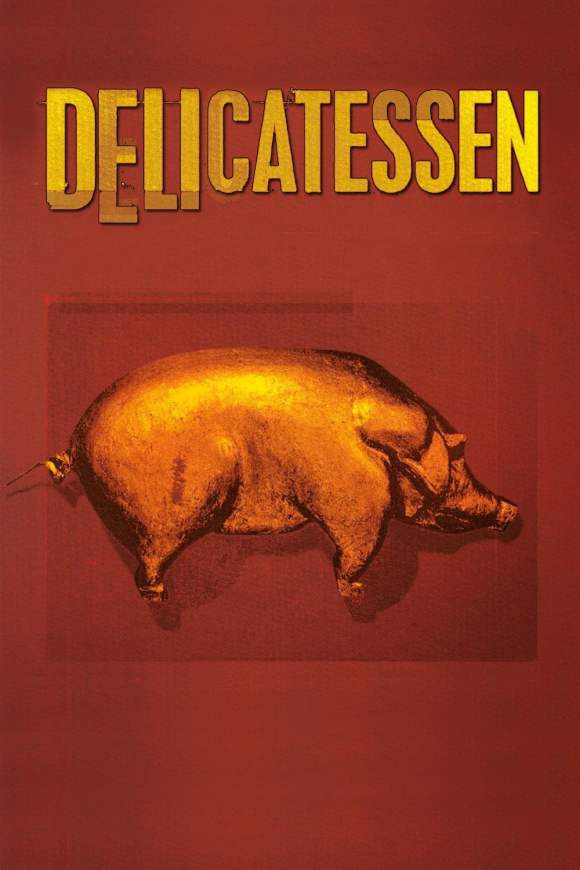 An absurd-dark comedy I watched quite recently after watching a series of increasingly weird modern French films. This one was definitely my favourite. The opening theme song is brilliantly discordant introduction into this qausi-dystopian setting. Its sound design is immaculate and so playful with the absurd imagery you are experiencing on screen. It is a sonic masterpiece and has no problem magnifying into particular soundscapey pieces throughout the film. All of the films characters are so uniquely weird.

I found great comfort in the absurdism philosophy of Albert Camus and in surreal films such as this one and its ability to take you out of the world we are living in at the moment but it can also allow you to see the humour in these unsettling modern times.

Wonderful short film that depicts Beverly Glenn-Copeland returning to the woodland environment in which he wrote and recorded the seminal Keyboard Fantasies album. The short offers a meditation on how the environment and nature can shape creativity in such a way that I think many of us are becoming more aware of right now (with our state approved walks etc!). Copeland refers to himself as merely the ‘messenger’, using these beautiful sounds to create an interplay between himself and the nature he’s surrounded by.

Fusing together the technological experimentation that defined the album’s sound with a peaceful meditation on place and being, the short helps us to understand the album in a new light and I think anyone who’s listened to the album already will enjoy it even more after watching this! For those of you who don’t know him, Big Jeff is a legendary Bristol gig-going ultra-enthusiast, an invaluable resource for recommendations at festivals (We practically copy his clashfinder like we’re cheating on a school test) and an all round lovely man!

Every Thursday at 5pm, Big Jeff has been chatting with people for Independent Venue Week’s YouTube channel, and this week he spoke with our very own Jeff Barrett about Bristol, record shops and Heavenly history. 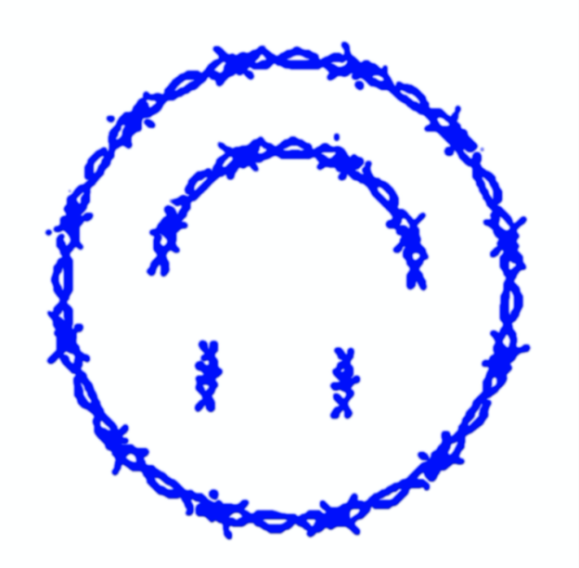 Working Men’s Club have released an incredible 21-minute ‘megamix’, on the day that should have seen the release of their debut album. The megamix “simultaneously acts as a taster and a condensed electronic reworking of parts of the album”.

The band’s Syd Minsky-Sargeant notes: “It doesn’t feel like a particularly apt time to be self promoting anything at all however we wanted to give something to the people who pre-ordered the album on what would of the original release date.”

The megamix streams for 4 more days here and is then available as a download for people who have pre-ordered or pre-saved the album, which will now be released on the 2nd of October.

A Bigger Fash by Pete Fowler

We love this work by our legendary friend Pete Fowler, and we applaud the people of Bristol for taking matters into their own hands and doing what should have been done a long time ago. We must work to remove monuments to abhorrent racist, murderous historical figures across the country. Here’s a start.

IN OTHER WORLDS: TIM BURGESS’ FAVOURITE ALBUMS BY DIVA HARRIS 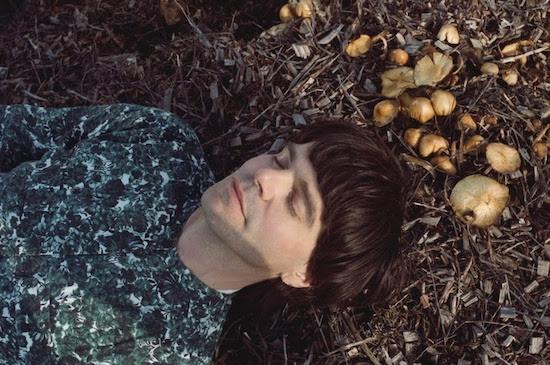 The wonderful Diva Harris interviewed Tim Burgess for the Quietus.

CAIO WHEELHOUSE – IN MY EARS N⌾2 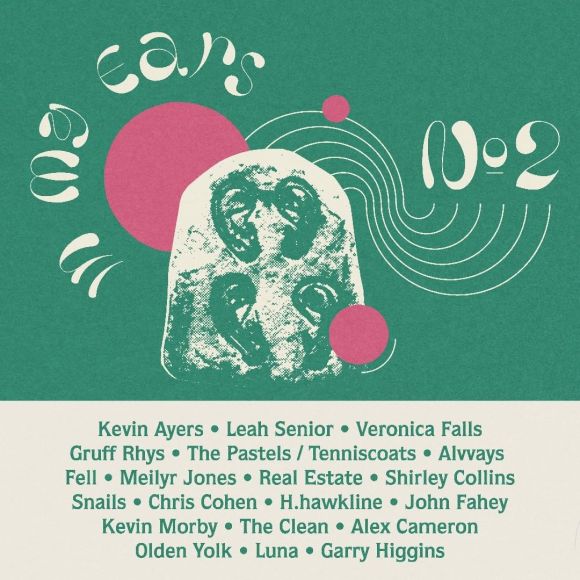 The second edition of Caio Wheelhouse’s playlist is now available on Spotify. Stick it on, sit back and relax to these sweet melodies this weekend.

“In my ears no2
i’ve emptied out my ears, sieved off the crud and arranged the remnants into a convenient playlist (link at top)…
#bangers”

LISTEN TO THE PLAYLIST HERE 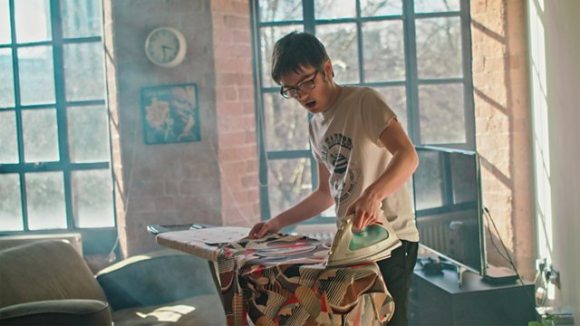 Northern Soul is more than just music to Anthony Flavin – it’s a way of life. Anthony has grown up in care from the age of six. His great passions in life are music, fashion and films from the sixties and seventies, and his love for Northern Soul music tops them all. This heart-warming film follows Anthony in the run-up to his 18th birthday as he finds his place on Nottingham’s Northern Soul scene. With help from his key-worker Luke and a collection of Northern Soul friends, he is about to take his first steps as a DJ and towards an independent life. Has he mastered the decks in time to get this discerning crowd on the dance-floor?

Mildlife – How Long Does It Take 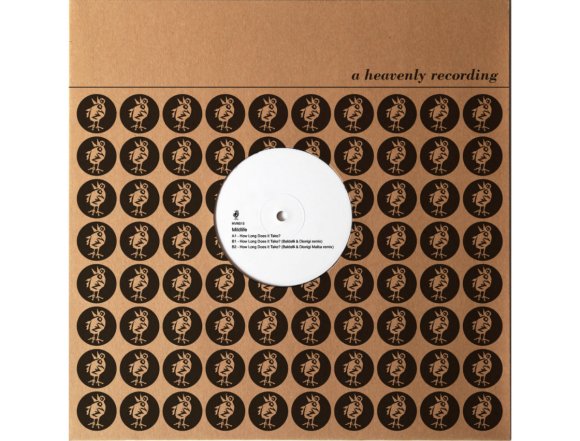 After the announcement that Heavenly will be releasing Automatic, the second album from Australian jazz cosmonauts Mildlife, we’ve been revisiting their ‘How Long Does It Take’ 12″ from last year.

There’s only a few copies left of these hand stamped white labels, featuring two mindblowing cosmic dancefloor remixes by Daniele Baldelli and Marco Dionigi on the flip. Listen below and click through to purchase. 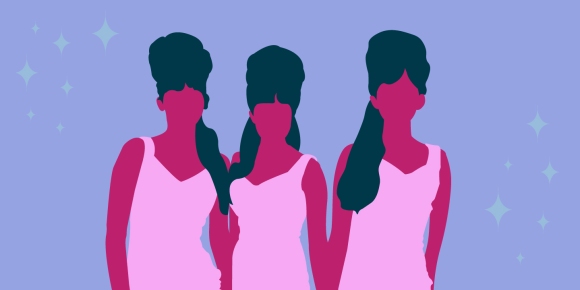 Matt Wilkinson of Beats 1 reminded us of Pitchfork’s great rundown on the history of girl groups in 45 songs.
Read it here.
✹ ✹ ✹
Now Playing – Erland Cooper – ‘A Nightingale Sings Outside Our Window’ 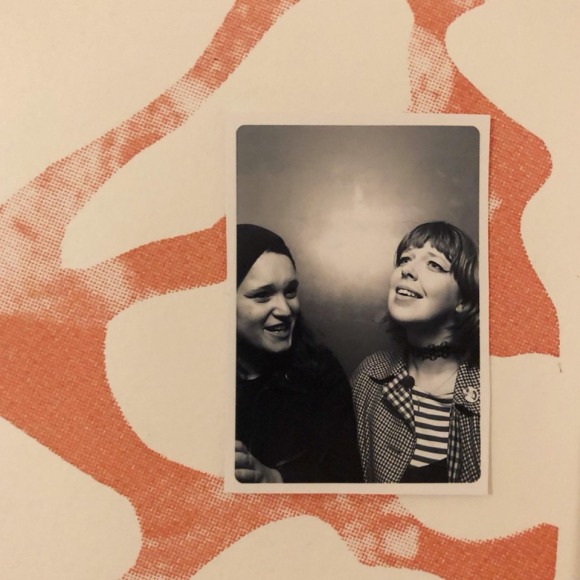 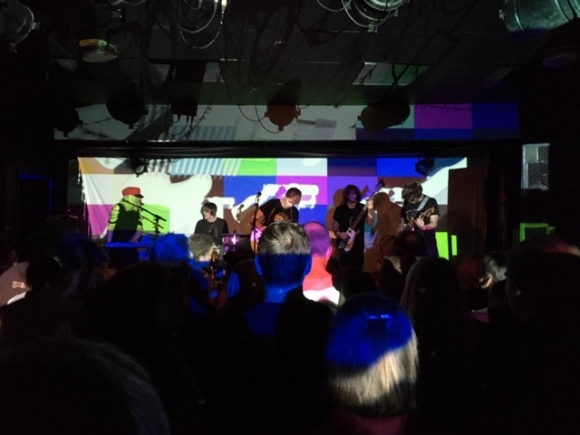 Our friend Emma Warren drew our attention to this interesting project which aims to collect memories of independent venues in the UK. She says:

These good people are calling out for contributions to their next book. They want to hear from people who ever fell in love with a music place – and you don’t have to be a writer-writer to do it. Rebuilding whatever we have left post-Covid begins with being able to articulate why these places matter. Take a look, drop them a line.
Read more about the project and how to submit here.

Occasional Rain And Other Projects From The Pub – Liz Buckley 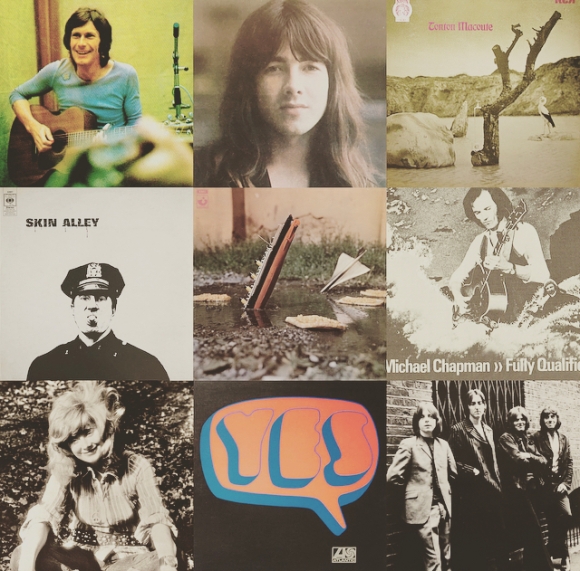 Liz Buckley of Ace Records has written a piece on her work with Bob Stanley and Pete Wiggs for their ‘presents’ compilation series.

Read it here, and check out the comps on the Ace website. 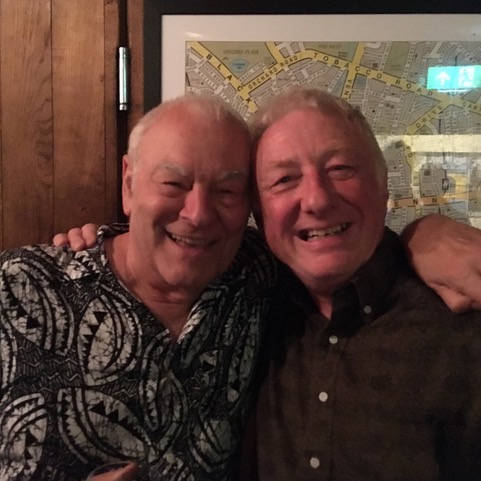 Jeff has written a Eulogy to his friend Eugene Manzi, who has sadly passed. He has also shared a story Eugene told him about the North London record shop he owned with his brothers.
Read it on the Love Record Stores blog here. 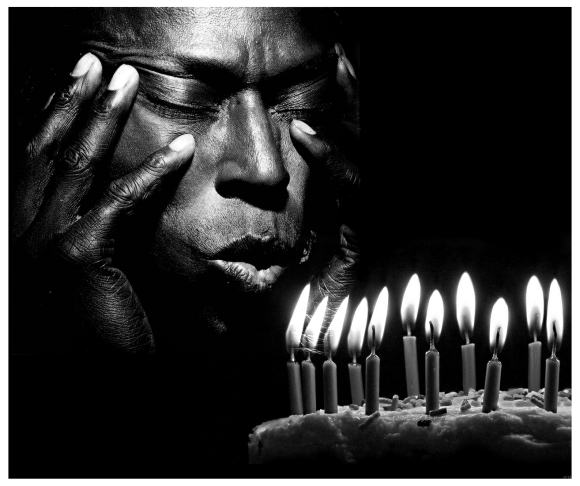 Thanks to all who attended Jeff’s virtual birthday celebrations on the Social Gathering twitter page on Saturday and made it so special.
In case you missed it, fret not – you can still listen back to the fantastic soundtrack that Jeff curated for the evening here.
Enjoy!
✹ ✹ ✹
Heavenly 30 Enamel Pin Badge

We love how these new badges featuring Nolan Pelletier‘s Heavenly 30 artwork turned out.
Looking forward to showing them off everywhere soon!
Available here.

The Token Girl DJs have updated the Jukebox playlist this week with music they played during their Social gathering drinks. If you are a fan of Róisín Murphy, Grace Jones, Raf Rundell and double Daphni – this playlist is for you.

Jeff will be hosting tomorrow’s drinks on twitter so be sure to tune in.

IAN PREECE ‘LISTENING TO THE WIND’ 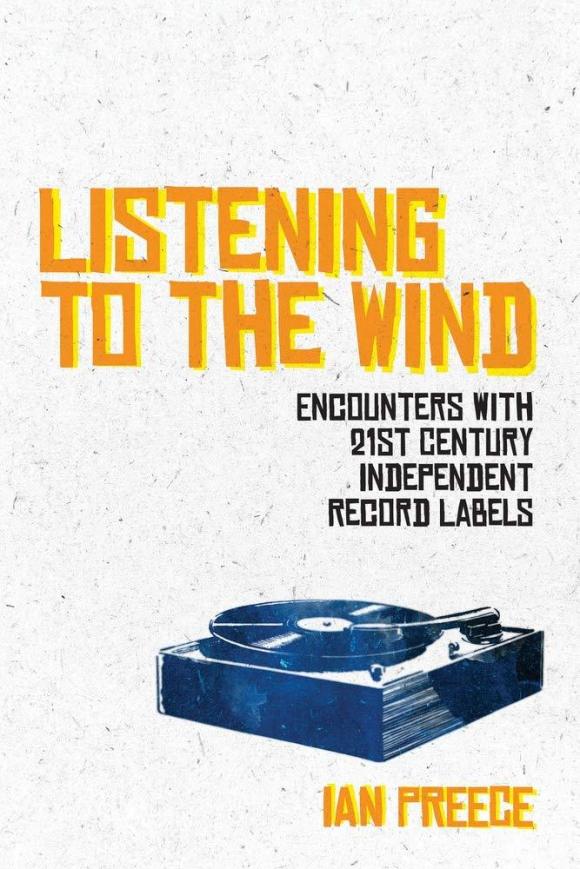 If there’s a cultural artefact capable of withstanding the vagaries and fickleness of the digital age as well as the printed book, it’s the vinyl record . . .

In Listening to the Wind, Ian Preece sets out on an international road trip to capture the essence of life for independent record labels operating in the twenty-first century. Despite it all – from algorithms and streaming to the death of the high street and the gutting of the music press – releasing a record to serve its ‘own beautiful purpose’, as 4AD’s Ivo Watts Russell once said, is a flame that still burns through these pages. With countless labels, albums and artists to be discovered, this book is for those who share that inextinguishable love for music.

See you next week! 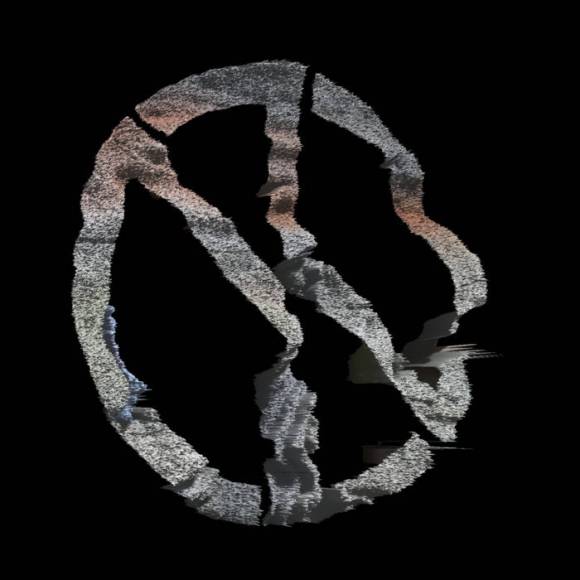 Working Men’s Club‘s Syd Minsky has done a banging remix of post-industrial Bristol band LICE. This is part of their ‘Conveyor Remixes’ EP and is now available as a limited cassette on LICE’s bandcamp.

check out the remix here ˅

EDWYN COLLINS: THE POSSIBILITIES ARE ENDLESS

“A potent and poignant account of Edwyn Collins (former Orange Juice frontman) long and difficult recovery from a stroke, The Possibilities Are Endless is now available on All 4.”

“The mix features some fantastic tracks that the late Tony Allen played on and some that he inspired! We had actually received the mix before the tragic news but this mix is a fitting tribute!” 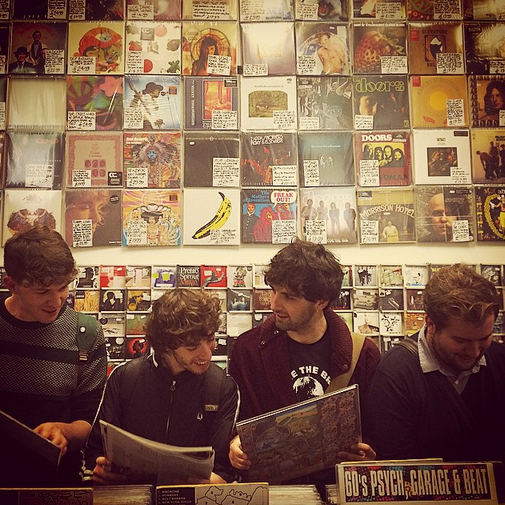 As part of our ongoing Heavenly 30 guest playlist series, we asked the Hooton Tennis Club boys to pick their favourite songs from the Heavenly back catalogue.

‘We were always proud to be part of team Heavenly and so for their 30th birthday we’ve picked some of our favourite songs from the label for your aural enjoyment. Knock your lobes to these. It also contains what we all personally think is our shining moment, a wonderfully sloppy cover of Barstool Blues by Neil Young’

Róisín’s performance of Simulation live from her living room truly is something to behold! 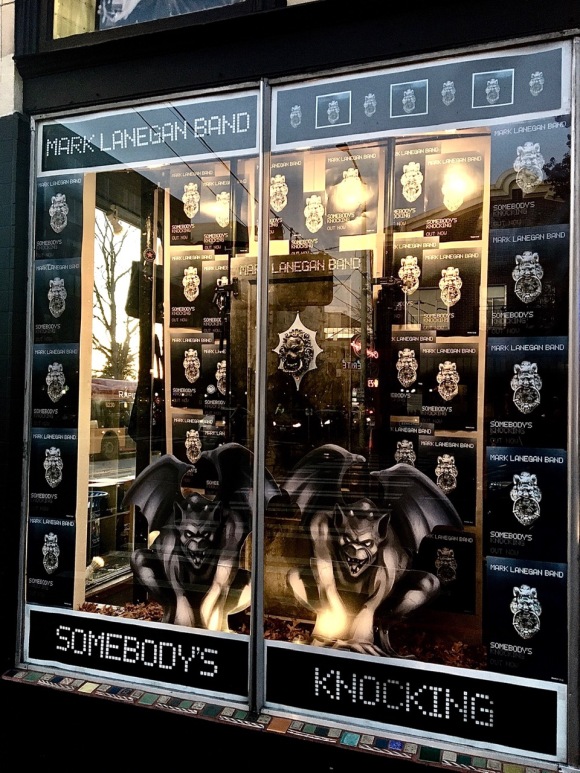 Seattle’s Easy Street Records are big Mark Lanegan fans. They truly went all out with their window display back when Somebody’s Knocking was released.

Now they’ve been asked (along with Rough Trade, Amoeba and Resident) to curate a playlist of their favourite Lanegan tracks for his vault.

The Orielles have revealed the winner of their ‘Euro Borealis’ remix competition to be Lenny Wainwright’s chilled out dub version.

About the competition, the band said:

“Every remix we received was great, we’ll be contacting contestants about an online mixtape so that all remixes can be listened to and enjoyed!” 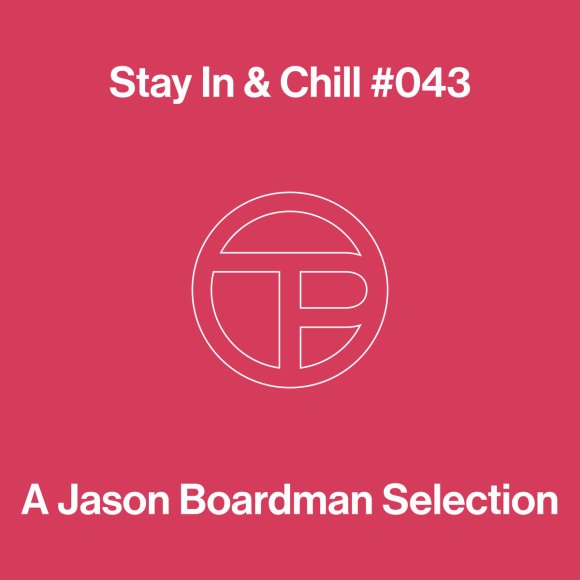 Our pal Jason has made a fantastic mellow mix for Test Pressing’s Stay In & Chill series.

Liner Notes for a Lockdown: 17 Useful Albums To Have On Hand by Pete Paphides 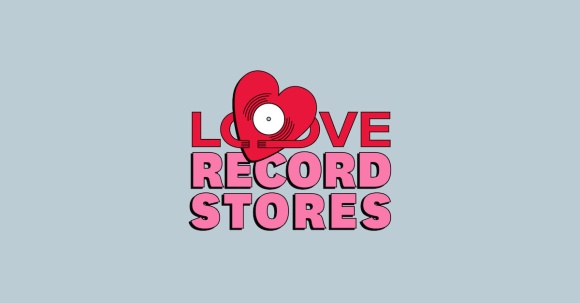 “There are two possible soundtracks to a lockdown. There’s the music one you would compile in the event of a lockdown; and then there’s the music you actually feel like listening to once lockdown has happened.”

“These days, it’s more likely to be Smokey R over Sunn O))); Teenage Fanclub over Tricky; ABBA over Aphex.”

An excellent piece by Pete Paphides on the Love Record Stores blog, filled to the brim with feel-good recommendations to boot.